Celebrating Pride month: The LGBTQ+ books that inspired us

This year we asked our readers to tell us all about the LGBTQ+ books that inspired them. From fiction to true tales and spanning the ages, the list is wide and varied. Take a look and let us know what you think.We will be adding to it all June so get in touch with your suggestions. 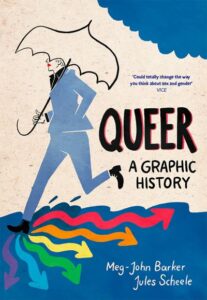 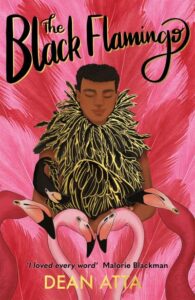 The black flamingo by Dean Atta. A boy comes to terms with his identity as a mixed-race gay teen – then at university he finds his wings as a drag artist, The Black Flamingo. A bold story about the power of embracing your uniqueness. Sometimes, we need to take charge, to stand up wearing pink feathers – to show ourselves to the world in bold colour. ‘I masquerade in makeup and feathers and I am applauded’.

Oranges are Not the only fruit by Jeanette Winterson. This is the story of Jeanette, adopted and brought up by her mother as one of God’s elect. Zealous and passionate, she seems destined for life as a missionary, but then she falls for one of her converts. At 16, Jeanette decides to leave the church, her home and her family for the young woman she loves. 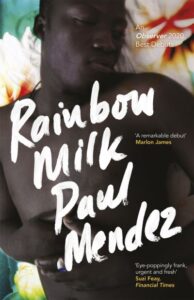 Rainbow milk by Paul Mendez. Rainbow Milk is a coming-of-age story told from the point of view of a young black man from a religious background, who identifies several major contradictions between himself, his family life, and his beliefs. Upon rejecting the doctrine, he is shown the need to form a new centre of gravity, and uses his sexuality to explore new notions of love, fatherhood and spirituality. 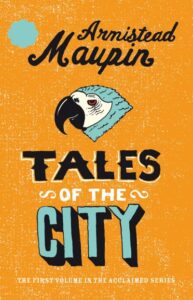 Tales of the city by Armistead Maupin. A young secretary forsakes Cleveland for San Francisco, tumbling headlong into a brave new world of laundromat Lotharios, cut throat debutantes, and Jockey Shorts dance contests. The saga that ensues is manic, romantic, and outrageous. 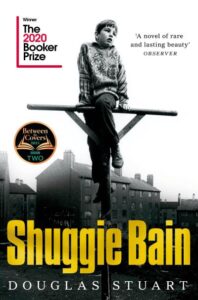 Shuggie Bain by Douglas Stuart. It is 1981. Glasgow is dying and good families must grift to survive. Agnes Bain has always expected more from life. She dreams of greater things: a house with its own front door and a life bought and paid for outright (like her perfect, but false, teeth). But Agnes is abandoned by her philandering husband, and soon she and her three children find themselves trapped in a decimated mining town. As she descends deeper into drink, the children try their best to save her, yet one by one they must abandon her to save themselves. It is her son Shuggie who holds out hope the longest. Shuggie is different. Fastidious and fussy, he shares his mother’s sense of snobbish propriety. The miners’ children pick on him and adults condemn him as no’ right. But Shuggie believes that if he tries his hardest, he can be normal like the other boys and help his mother escape this. 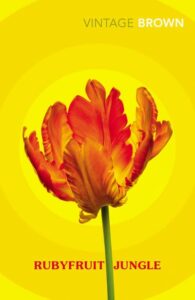 Rubyfruit Jungle by Rita Mae Brown. Molly Bolt is a young lady with a big character. Beautiful, funny and bright, she figures out at a young age that she will have to be tough to stay true to herself in 1950s America. In her relationships with boyfriends and girlfriends, in the rocky relationship with her mother and in her determination to pursue her career, she fights for her right to happiness. Proud and inspiring, Molly is a girl who refuses to be put in a box. 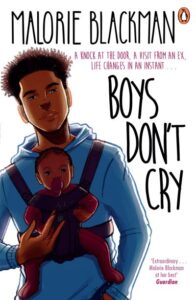 Boys don’t cry by Malorie Blackman .You’re about to receive your A-level results & then a future of university & journalism awaits. But the day they’re due to arrive your old girlfriend turns up unexpectedly – with a baby. Your baby. You agree to look after it, just for an hour or two. Then she doesn’t come back – and your life changes forever. 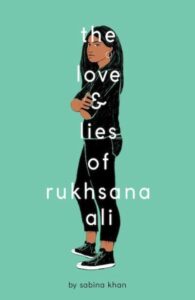 The love & lies of Rukhsana Ali by Sabina Khan. Seventeen-year-old Rukhsana Ali tries her hardest to live up to her conservative Muslim parents’ expectations, but lately she’s finding that harder and harder to do. She rolls her eyes instead of screaming when they blatantly favour her brother and she dresses conservatively at home, saving her crop tops and makeup for parties her parents don’t know about. Luckily, only a few more months stand between her carefully monitored life in Seattle and her new life at Caltech, where she can pursue her dream of becoming an engineer. But when her parents catch her kissing her girlfriend Ariana, all of Rukhsana’s plans fall apart. 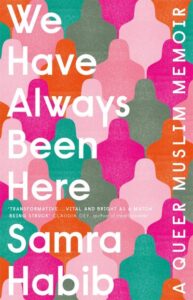 We have always been here by Samra Habib. A memoir of hope, faith and love, Samra Habib’s story starts with growing up as part of a threatened minority sect in Pakistan, and follows her arrival in Canada as a refugee, before escaping an arranged marriage at sixteen. When she realised she was queer, it was yet another way she felt like an outsider. So begins a journey that takes her to the far reaches of the globe to uncover a truth that was within her all along. It shows how Muslims can embrace queer sexuality, and families can embrace change. 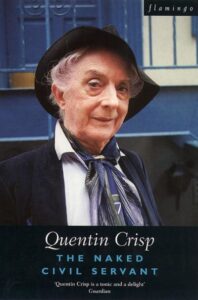 The naked civil servant by Quentin Crisp In this funny, moving account of his outrageous youth, Quentin Crisp describes his unhappy childhood and the stresses of adolescence which led him to London. 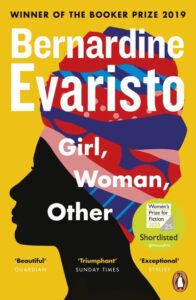 Girl, woman, other by Bernadine Evaristo. Girl, Woman, Other follows the lives and struggles of twelve very different characters. Mostly women, black and British, they tell the stories of their families, friends, and lovers, across the country and through the years. 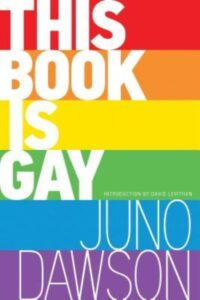 This book is gay by Juno Dawson. Former PSHCE teacher and acclaimed YA author James Dawson gives an uncensored look at sexual orientation and gender identity. Including testimonials from people across the gender and sexual spectrums, this frank, funny, fully inclusive book explores everything anyone who ever dared to wonder wants to know – from sex to politics, how to pull, stereotypes, how to come-out and more. 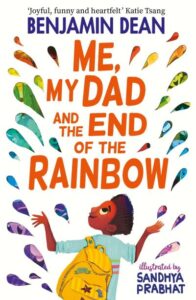 Me, my dad and the end of the rainbow by Benjamin Dean. Things aren’t going great for Archie Albright. His dad’s acting weird, his mum too, and he all he wants is for everything to go back to normal, to three months before when his parents were happy and still lived together. When Archie sees a colourful, crumpled flyer fall out of Dad’s pocket, he thinks he may have found the answer. Only problem? The answer might just lie at the end of the rainbow, an adventure away. Together with his best friends, Bell and Seb, Archie sets off on a heartwarming and unforgettable journey to try and fix his family, even if he has to break a few rules to do it. 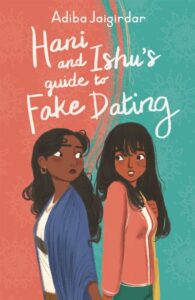 Hani and Ishu’s guide to fake dating by Adiba Jaigirdar. Everyone likes Hani Khan – she’s easy going and one of the most popular girls at school. But when she comes out to her friends as bisexual, they don’t believe her, claiming she can’t be bi if she’s only dated guys. Panicked, Hani blurts out that she’s in a relationship – with a girl her friends can’t stand – Ishu Dey. Ishu is the polar opposite of Hani. An academic overachiever, she hopes that becoming head girl will set her on the right track for university. Her only problem? Becoming head girl is a popularity contest and Ishu is hardly popular. Pretending to date Hani is the only way she’ll stand a chance of being elected. Despite their mutually beneficial pact, they start developing real feelings for each other. But some people will do anything to stop two Bengali girls from achieving happily ever after. 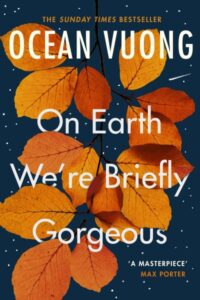 On earth we are briefly gorgeous by Ocean Vuong. ‘On Earth We’re Briefly Gorgeous‘ is a letter from a son to a mother who cannot read. Written when the speaker, Little Dog, is in his late twenties, the letter unearths a family’s history that began before he was born – a history whose epicentre is rooted in Vietnam – and serves as a doorway into parts of his life his mother has never known, all of it leading to an unforgettable revelation. At once a witness to the fraught yet undeniable love between a single mother and her son, it is also a brutally honest exploration of race, class, and masculinity. 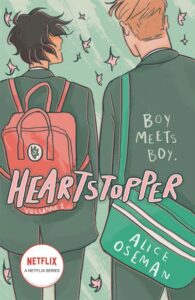 Heartstopper by Alice Oseman.Charlie and Nick are at the same school, but they’ve never met – until one day when they’re made to sit together. They quickly become friends, and soon Charlie is falling hard for Nick, even though he doesn’t think he has a chance. But love works in surprising ways, and Nick is more interested in Charlie than either of them realised. The link here is to Volume 1 but we do have the whole set! 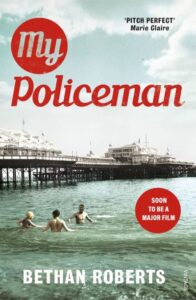 My Policeman by Bethen Roberts. It is in 1950’s Brighton that Marion first catches sight of Tom. He teaches her to swim in the shadow of the pier and Marion is smitten – determined her love will be enough for them both. A few years later in Brighton Museum Patrick meets Tom. Patrick is besotted with Tom and opens his eyes to a glamorous, sophisticated new world. Tom is their policeman, and in this age it is safer for him to marry Marion. the two lovers must share him, until one of them breaks and three lives are destroyed. 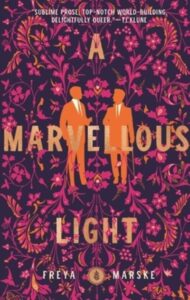 A marvellous light by Freya Marske. Young baronet Robin Blyth thought he was taking up a minor governmental post. However, he’s actually been appointed parliamentary liaison to a secret magical society. If it weren’t for this administrative error, he’d never have discovered the incredible magic underlying his world. Cursed by mysterious attackers and plagued by visions, Robin becomes determined to drag answers from his missing predecessor – but he’ll need the help of Edwin Courcey, his hostile magical-society counterpart. Unwillingly thrown together, Robin and Edwin will discover a plot that threatens every magician in the British Isles. 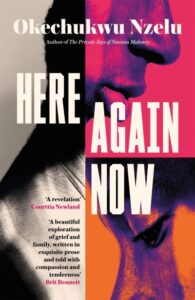 Here again now by Okechukwu Nzelu. Achike Okoro feels like his life is coming together at last. His top-floor flat in Peckham is as close to home as he can imagine and after years of hard work, he’s about to get his break as an actor. He’s even persuaded his father, Chibuike, to move in with him, grateful to offer the man who raised him as a single parent a home of his own. Between filming trips, Achike is snatching a few days in London with Ekene, his best friend of twenty years, the person who makes him feel whole. Achike can put the terrible things that happened behind him at last; everything is going to be alright. Maybe even better. But after a magical night, when Achike and Ekene come within a hair’s breadth of admitting their feelings for each other, a devastating event rips all three men apart. 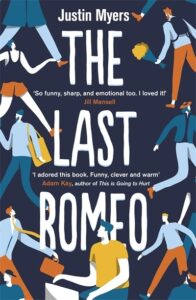 The last Romeo by Justin Myers. James is 34 and fed up. His 6-year relationship with Adam has imploded, he hates his job making up celebrity gossip, and his best friend Bella has just announced she’s moving to Russia. Adrift and single in loved-up London, James needs to break out of his lonely, drunken comfort zone. Encouraged by Bella, he throws himself headlong into online dating, blogging each encounter anonymously as the mysterious Romeo. After meeting a succession of hot/weird/gross men, James has fans and the validation he’s always craved. But when his wild night with a closeted Olympian goes viral and sends his Twitter-fame through the roof, James realises maybe, in the search for happy-ever-after, some things are better left un-shared.

We asked our readers to tell us all about the LGBTQ+ books that inspired them. Let us know yours…

« Behind the Scenes at The Coronation