This week is Banned Books Week 2020! Banned Books Week is an initiative spearheaded by the American Library Association (ALA) that occurs every year to highlight the importance of the library in providing access to information and stories to everyone. In celebration, we’ve put together a reading list with some highlights from Richmond Libraries collection.

Banned Books Week was started in the 1980s after an increase in challenges to publicly available books. ALA states that the week is aimed at raising awareness about censorship and freedom to read throughout the US. It is now an internationally recognised week which highlights ongoing pressures to remove books from schools and libraries, and looks at the books currently being challenged – as well as those frequently banned or challenged in the past, many of which are now considered classics. While many of the current challenges and bans focus around schools, as people try to control what books children have access to or school districts remove books from libraries, ALA reports most challenges come from public libraries. Governments are also known to ban books from entire countries, including the UK.

If you’re interested in finding out more about Banned Books Week, the ALA has a website with information, including a breakdown of the Top Ten Most Challenged Books each year. In 2019, 8 of the top 10 most challenged books were challenged due to the inclusion of LGBTQIA+ content, half of which included trans characters or information. 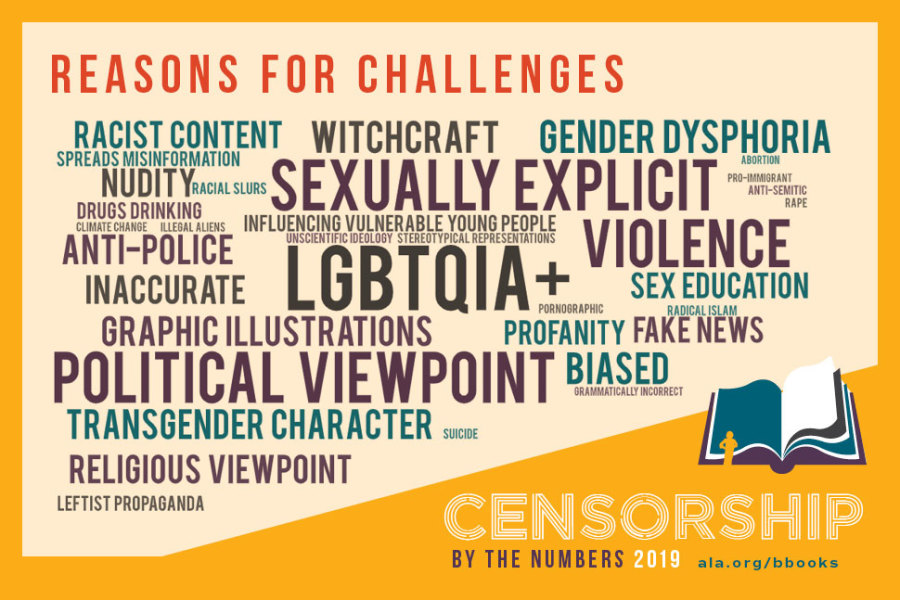 The best way to get involved with Banned Books Week is to read banned books. We have plenty in the library, but here we present a small selection to whet your appetite. There’s even one book you won’t find in library collections… 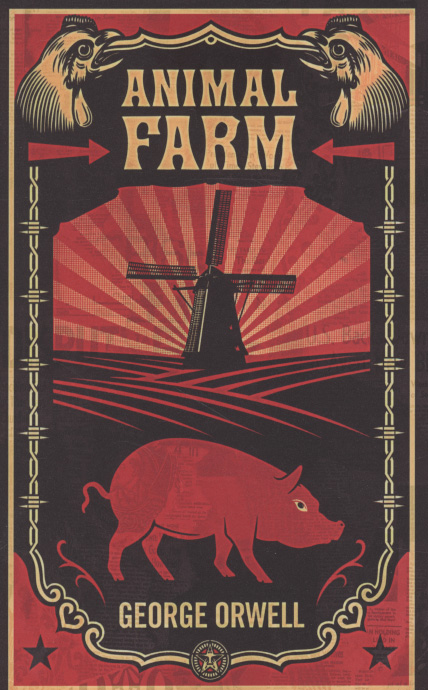 George Orwell’s book criticises totalitarian governments, and was a direct satire of Stalinist Russia. It is probably unsurprising that it was banned in the USSR, and Orwell struggled to find a publisher due to the USSR being a major ally of Britain at the time. However it has also had a chequered past in the US, being alternately banned for discussion of communism and promoted for being seen as “anti-communism.” It has also been banned in the United Arab Emirates for featuring talking pigs, and in Kenya due to the criticism of dictatorships. You can reserve your copy on our online catalogue. 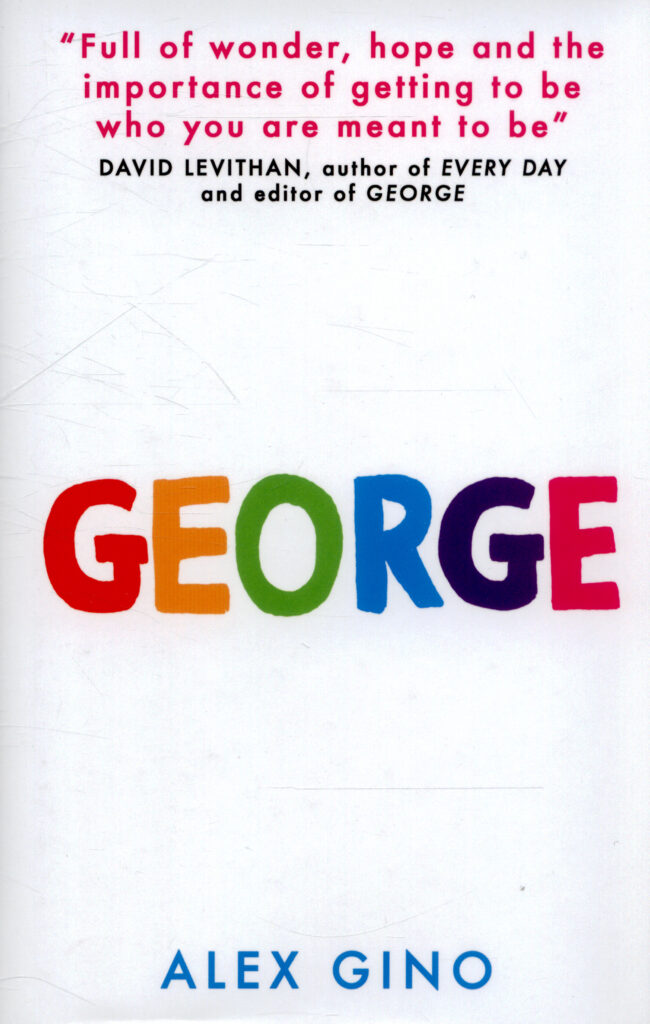 With the dubious honour of being the ALA’s most challenged book of the year 2 years in a row, George is a heart-warming story of a young girl who dreams of playing the lead in her class play, but is told she can’t because the teacher thinks she’s a boy. As a children’s book that features a trans main character, George has faced a huge volume of challenges. It is ALA’s fifth most challenged book of the decade – despite being published 6 years in. You can reserve your copy on our online catalogue. 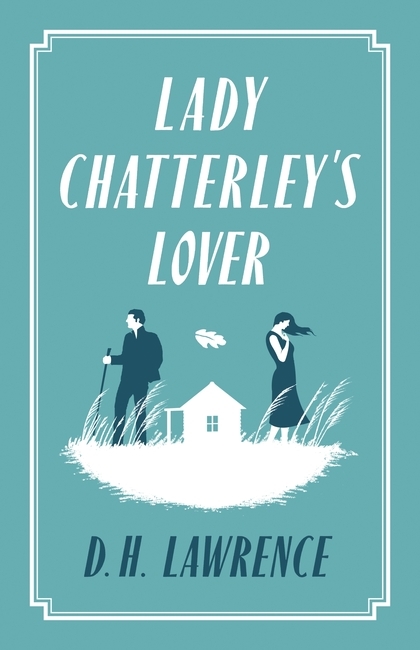 Lady Chatterley’s Lover was first published in English in its entirety by Penguin in 1960, whereupon it was immediately challenged and became the subject of an infamous obscenity trial. Even in its abbreviated form the book had already been challenged and confiscated. The ruling allowing full publication was not just a triumph for the work, but a landmark ruling in British history. We now have multiple scandalous editions available in the library, which you can reserve on our online catalogue.

The Hate U Give, Angie Thomas 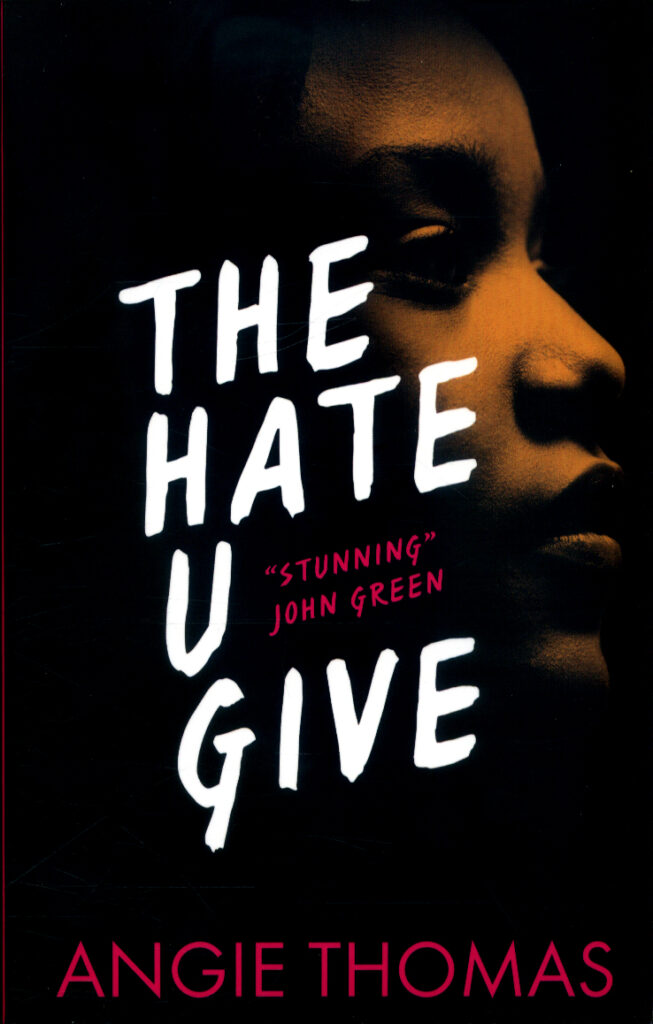 Thomas’ award-winning debut was widely praised and almost immediately turned into a film, but it also attracted a significant amount of criticism. Reasons cited for bans and challenges include offensive language, drug use, and being an “indoctrination of distrust of police.” In particular, parents and school boards objected to its appearance on many school reading lists and it was banned from a public school district in Texas. You can reserve your copy on our online catalogue. 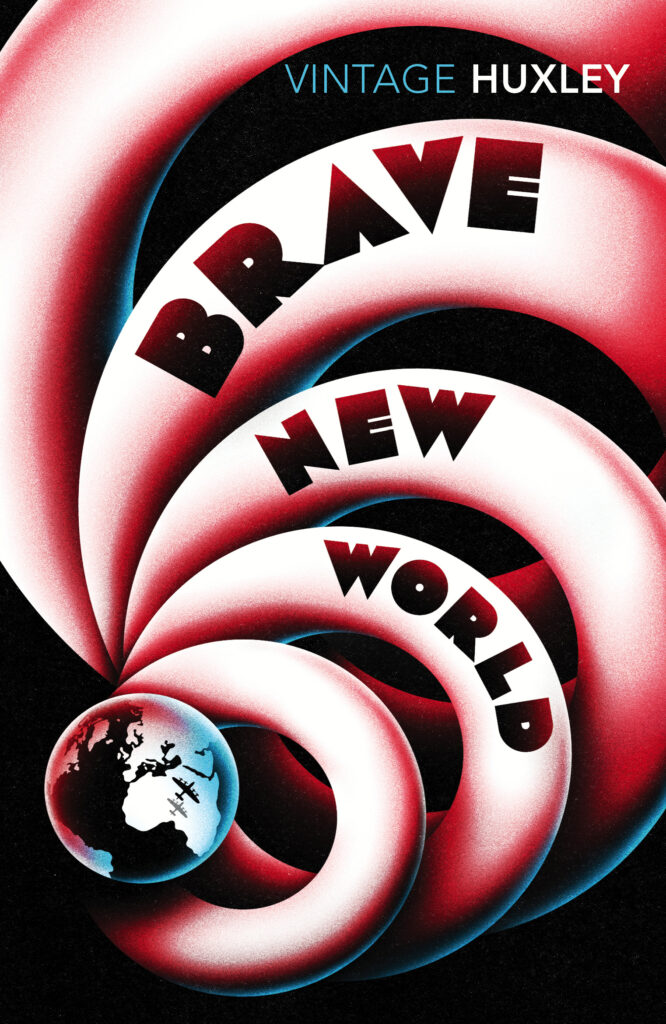 Aldous Huxley was an outspoken intellectual – an avowed pacifist with anti-capitalist and anti-consumerism critiques throughout his work – and Brave New World was his pessimistic dystopian vision of what unfettered technology could lead to. It was banned in Ireland on publication due to being seen as anti-religion and family values. It was also banned in Australia, and has since been banned in multiple schools across the USA. As recently as 2011 it was on the ALA’s list of top ten challenged books. Reserve your copy on our online catalogue. Read more about Huxley in our Richmond Read-along featuring one of his short stories. 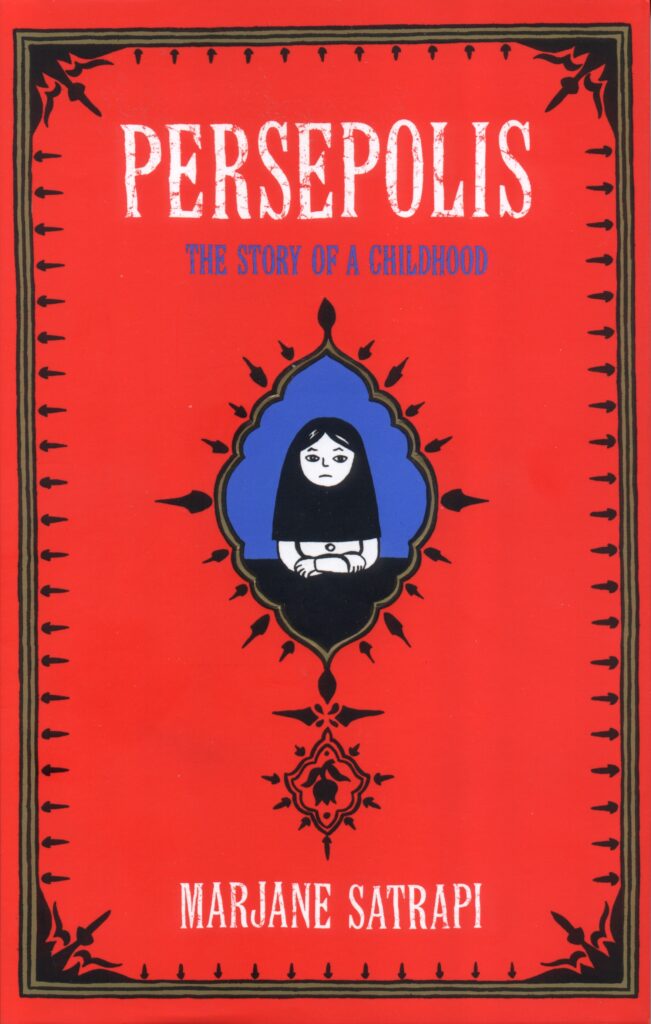 This acclaimed graphic novel about Satrapi’s childhood in Iran was pulled from Chicago schools in 2013. While the directive to remove the book cited “graphic illustrations and language,” the fact that the book promoted individual expression and condemned barriers to education led some to speculate the directive was related to the cutting of arts programs and closing of schools at the time. You can reserve a copy on our online catalogue. 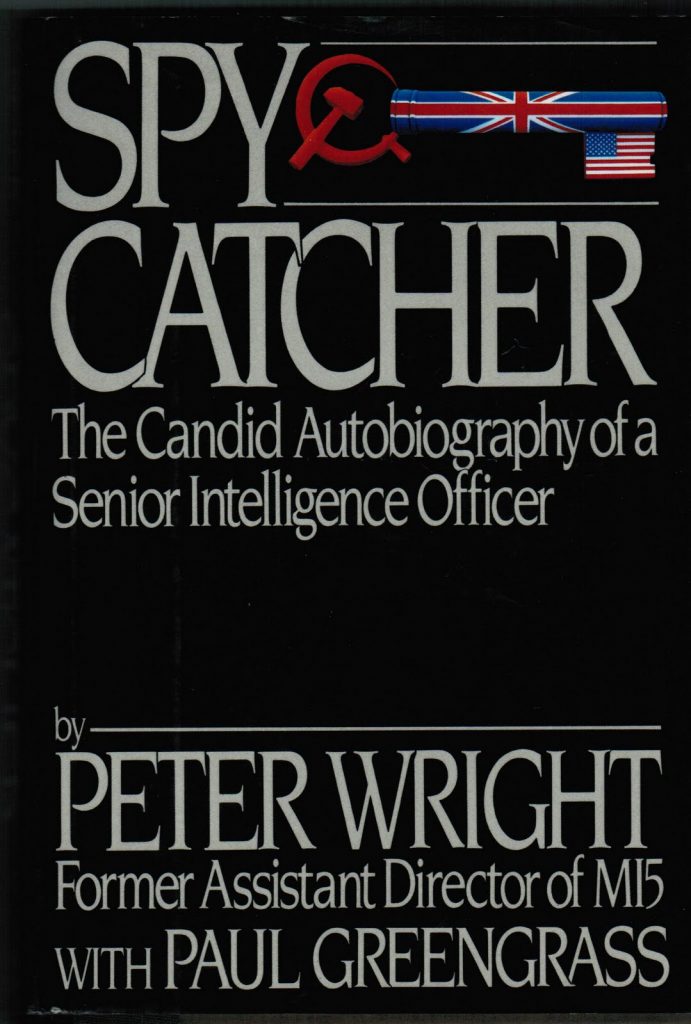 Peter Wright’s memoirs of his time working at MI5 were met with a ban in the UK due to suspicion that it might leak state secrets. The governement also placed a gag order on newspapers attempting to report on the book or its contents, which was later found to be a violation of the European Convention of Human Rights. The ban ultimately proved to be ineffective, given that it only applied to England (and not other UK countries). It was also difficult to enforce since the book was easily imported from overseas. It was overturned, and the controversy helped Spycatcher’s popularity. You can reserve your copy on our online catalogue. 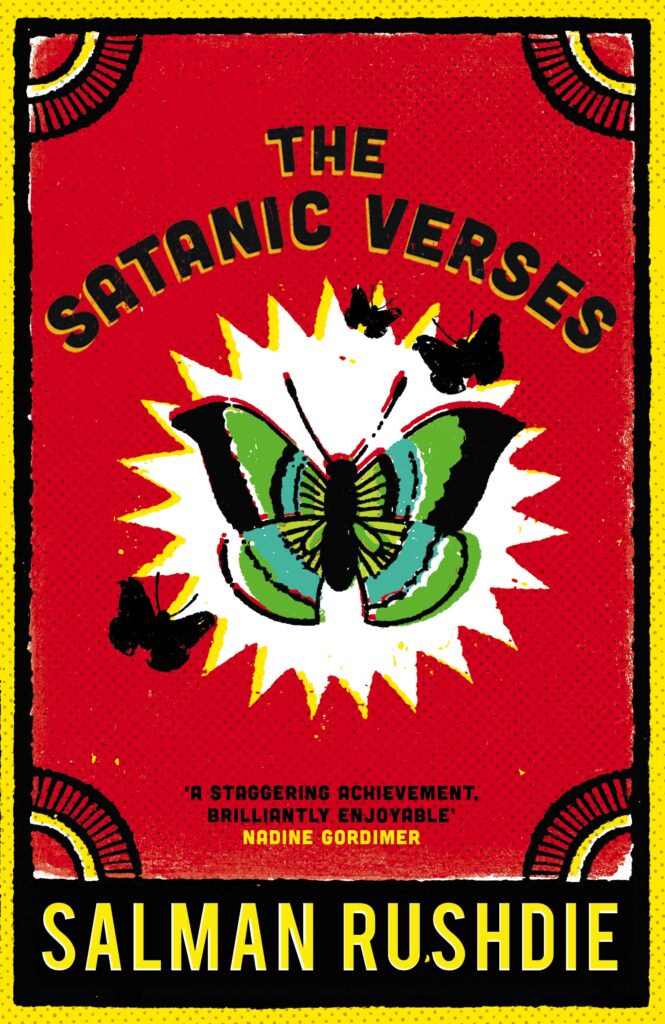 The publication of The Satanic Verses led to Ayatollah Khomeini calling for Rushdie’s death. Rushdie went into hiding for nine years to avoid any attempts that may be made to carry out the fatwa. The Satanic Verses was also banned in multiple countries due to blasphemy, although most have since reversed the ban. You can read The Satanic Verses on Overdrive, one of our eBook platforms.

The Well of Loneliness, Radclyffe Hall 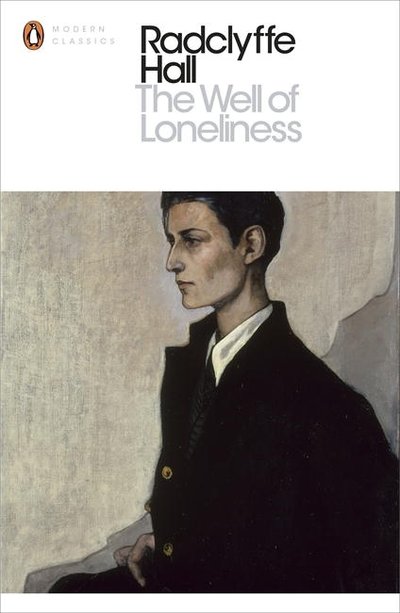 Banned for decades due to the main characters’ lesbianism, Radclyffe Hall’s novel was the subject of intense controversy. Shortly after publication in 1928, the editor of the Sunday Express called for the novel to be banned; the Home Secretary did so, threatening the publisher with prosecution. The book was briefly published in France and imported to Britain before the Home Office realised, and a trial concluded that the novel was obscene and should be destroyed. It wasn’t until 1949, after Hall’s death, that the novel was finally published in Britain without subsequent legal challenge. You can reserve a copy of The Well of Loneliness on our online catalogue. Read more about Hall in our Richmond Read-along featuring one of Hall’s poems. 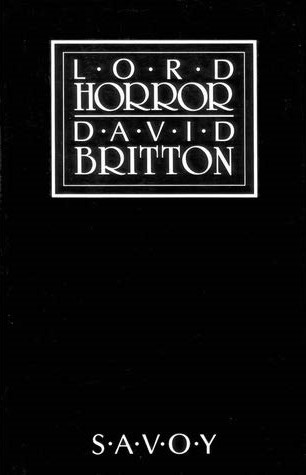 Lord Horror is the last book to be banned under the Obscene Publications Act in Britain in 1991 after review copies were seized by authorities. Published in 1989 by Savoy Books, a publishing house formed by Britton and Michael Butterworth, the horror book presented an alternate history where Nazis won World War II. It was found to be obscene due to extreme violence, anti-semitism, and racism. The courts ruled that the remaining print run had to be destroyed before the ruling was overturned in 1992. However, you will find it very difficult to find this book; despite no longer being banned, it remains out of print.

Have you been reading banned books? Follow us on social media and let us know your favourite!